Kelsey’s mom is moving.  She’s moving from a big house to a small house.  So she doesn’t have room for her piano.  So she gave it to us. (How nice!)

She moved a load of stuff today, and had CSI Movers help her do it.  When they were done, they dropped off her piano at our house.  The arrived about 1 hour & 15 minutes after Kelsey’s mom sent a text message saying they arrived at her new house.  Talk about a fast unload!  It’s at least 30 minutes drive.

Kelsey was just putting Harmon down for a nap.  Sammy woke up. Harmon got up. I helped (a little bit) bring it in, and the kids played.  I don’t know if it’s still in tune, but it sounds (and looks) great. 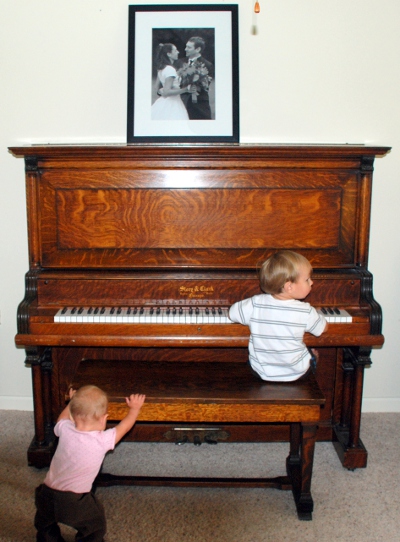 trying out the new piano

Now Kelsey has to put Harmon to sleep (he really wants to play piano) and take Sammy for a drive to get her to sleep. 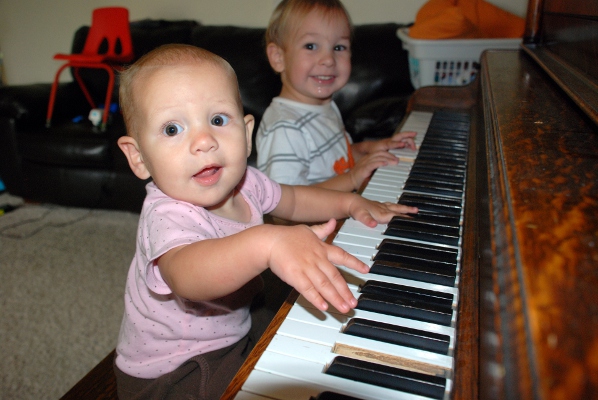 Thanks MoMo, thanks CSI Movers.